There are no live WWE wrestlers celebrating a birthday, but we have a legendary dead one: 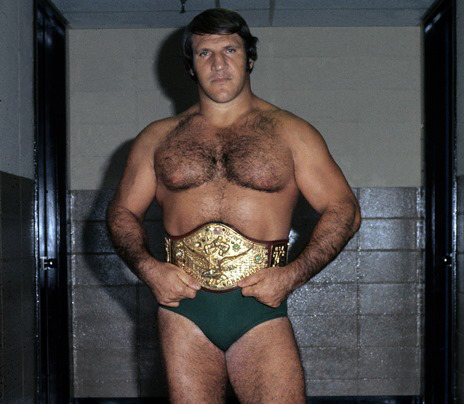 Born in Italy, Bruno Sammartino spoke no English when he moved to the United States and was a sickly child, both of which made him a target for bullies. He turned to weightlifting and wrestling to build himself up, and the rest is history. He won eight different championships in his illustrious career, including the WWWF World Heavyweight Championship twice. He first reign lasted almost eight years, and his second over three years. Over those two reigns he held the title for a total of 4,040 days, a record that will surely never be broken. Maybe by Roman Reigns. Bruno died on April 18 this year at the age of 82, and will long be remembered as one of the greatest champions in the history of the sport.

On this date in 1999, we also lost a heavyweight, in every sense of the word. 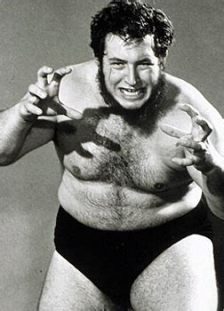 Robert “Gino” Marella, known to the wrestling community as “Gorilla Monsoon”, is known to most fans today as an announcer and as the on-screen President of WWF from 1995-97. But long before that, he was one of the promotion’s top heels, feuding with popular babyface champion Bruno Sammartino in sellout arenas across the country. Despite his huge size, then in excess of 400 pounds, Monsoon had great agility and stamina, often wrestling Sammartino to one-hour time-limit draws. When his in-ring career ended, he teamed up with heel commentator Jesse Ventura as the original heel/face broadcast duo. As a play-by-play commentator, Monsoon’s colorful announcing style proved a perfect fit for the character-based WWF while, at the same time maintaining the sporting aspect of pro wrestling.

Marella died on October 6, 1999, of heart failure brought on by complications of diabetes. He was 62 years old. In a tribute that aired on October 11, 1999, on an episode of Raw, Vince McMahon described Marella as “one of the greatest men I have ever known.” On the October 11, 1999 episode of Monday Nitro, Bobby Heenan insisted on doing a tribute to Marella, even though Marella never worked for WCW. Heenan said on-air: “Gorilla will be sadly missed. Now he was one big tough man. He was a decent honest man. And we’re all gonna miss him very much. And you know the pearly gates in heaven? It’s now gonna be called ‘the Gorilla position.’ Goodbye, my friend.”

When Heenan was inducted into the WWE Hall of Fame in 2004, he ended his acceptance speech with a very emotional, “There’s only one thing missing, I wish Monsoon was here.”

I wish Monsoon were here, indeed.