No deaths today, but one of our wrestler birthdays tragically left us way too soon. 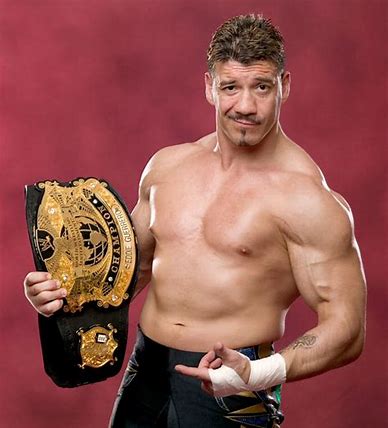 Eduardo “Eddie” Gory Guerrero Llanes was born on October 9, 1967, meaning today would have been his 51st birthday. Would have been, because he died on November 13, 2005, at the age of 38, due to heart failure. Some of Eddie’s accolades and accomplishments:

You lied, you cheated, you stole our hearts. Happy birthday to Latino Heat.

Stevie/Steven Richards is 41 today. I was a big fan of his ECW work and I’ll always remember him standing up for the Blue Meanie by giving JBL one of the most devastating shoot chair shots in history.

If you’re not familiar with his bWo stuff in mid-late 90’s ECW, do yourself a favor and check it out on the WWE Network. It’s much better than Right to Censor. Happy birthday Stevie.