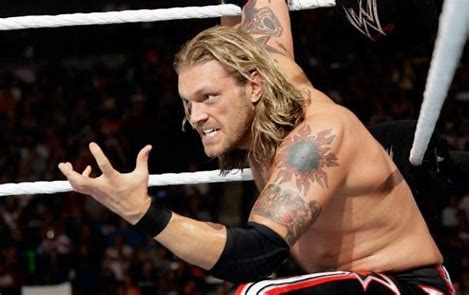 His name is Adam Copeland, but he will forever be known as Edge, and he’s 45 today. In his early career he wrestled as Adam Impact, Damon Striker, and the immortal Sexton Hardcastle. So I had already decided it’s way too much work on my part and on the reader’s part for me to list every birthday/death’s full career from start to finish, but there’s no reason to do that for Edge anyway, because the man just did it all. Instead, let’s take a look at his accomplishments, and this is just in WWF/E: 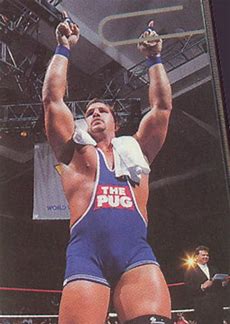 Alex “The Pug” Porteau turns 49 today. He was trained by Jim Star and Skandor Akbar before he began to wrestle for WCCW between 1988 and ’89. Pourteau left WCCW for both the United States Wrestling Association and World Championship Wrestling in Pourteau remained with those companies for a year, leaving in 1990. In 1991 began wrestling for World Wrestling Council in Puerto Rico as well as the Global Wrestling Federation. He won the GWF Light Heavyweight Championship on four occasions.

Pourteau had worked for the World Wrestling Federation on a few occasions from 1994-95 but began to wrestle full-time for the company in 1996. Pourteau received a push from the WWF, under the name Alex “The Pug” Pourteau, with the gimmick of an amateur wrestler, using the theme song The Steiner Brothers used in the WWF. He often teamed up with Aldo Montoya and Bob Holly. Unfortunately his character did not last. After a year with the company, Pourteau left the WWF in 1997.

Since leaving the WWF in 1997, Pourteau joined WCW for a brief stint mainly performing on WCW Pro and WorldWide. He then wrestled on the independent wrestling circuit. At WrestleMania XXV, Pourteau participated as a member of John Cena’s “army.” Happy birthday Alex.

Kendall Skye is 37 today. She signed with WWE in February of 2013 and began training in NXT. She initially began as a ring announcer but transitioned to in-ring competition in July. She won her first singles match in October at a house show against Sasha Banks. She left WWE in September 2014. Happy birthday Kendall.

WCW’s Roadblock is 66 today. He debuted very late for a pro wrestler, at age 35 in 1987. He started in Boston and moved on to Puerto Rico and Mexico before signing with WCW in 1996. n keeping with his ring name, D’Acquisto would carry a roadblock or a sawhorse to the ring. He was mostly used as a jobber, but he did wrestled Lex Luger on an episode of Nitro and appeared in the 1996 World War 3 battle royal. He retired in 1998. Happy birthday Roadblock.

Édouard Carpentier won several world championships between the 1950s and 1970s, including the NWA World Heavyweight Championship. Technically the NWA recognizes the title as being in dispute between Carpentier and Lou Thesz when Carpentier was award the title by DQ after Thesz could not continue the match due to a back injury.

After his retirement, Carpentier operated a wrestling school. He also worked in the early 1980s as a face commentator, alongside heel play-by-play host Guy Hauray, for the Montreal-based Grand Prix Wrestling, and then, together for the World Wrestling Federation, when the WWF bought the Montreal territory in 1985. They hosted the French edition of WWF’s Superstars, sold to French-speaking countries.

On 30 October 2010, Carpentier died of a heart attack at his home in Montreal. He was 84. He had also suffered a heart attack in 2000. Carpentier had been in poor health for many years, battered from his acrobatic, high-flying style. 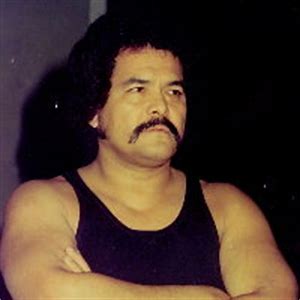 Rocky Tamayo wrestled almost 1,600 matches from 1965-82. He wrestled 13 of those matches for the WWWF at MSG shows in 1976 and ’77. His opponents in those matches included Larry Zbyszko, Dusty Rhodes, Chavo Guerrero Sr., and Kevin Sullivan. He won two of those matches, his first with the WWWF on March 1, 1976 against Johnny Rivera, and his second that September against Ted Adams. Tamayo died on October 30, 2016 at age 86.