Cassie McIntosh, AKA Peyton Royce, turns 26 today. Prior to her training, she excelled in dance. She attended the same high school, Westfields Sports, as fellow wrestler Billie Kay. In February 2009, she made her professional wrestling debut at Pro Wrestling Women’s Alliance as KC Cassidy, and would compete on the independent circuit with multiple promotions for several years, becoming a one-time PWA Women’s Champion, and winning the Vera and Jenny Memorial Cup in support of breast cancer. She signed with WWE in 2015 and competed in NXT until debuting on SmackDown in 2018. Happy birthday Peyton. 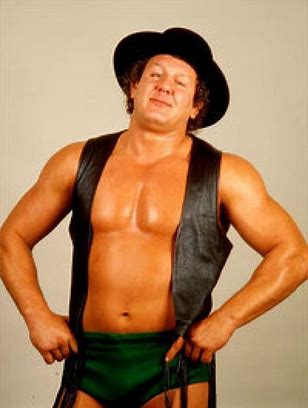 “Cowboy” Bob Orton turns 68 today. As we’re reminded ad nauseam every time Randy Orton wrestles, Bob was part of the main event of the first WrestleMania. In his first WWF run from 1981-83, he challenged WWF Champion Bob Backlund, and won by count out but did not win the title. He came back in 1984 as Roddy Piper’s bodyguard, “Ace” Orton. He was always a title contender in WWF but never won a championship with the company. He’s returned a few times in storylines with Randy. Randy inducted him into the WWE Hall of Fame in 2005. Happy birthday Bob. 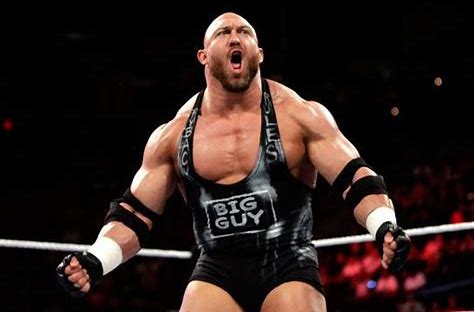 Ryback turns 37 today. Because it’s his birthday, I’ll ignore Skip Sheffield. Hey, you do what you gotta do and you take the gimmick they give you.

He was given a hell of a push as Ryback. He defeated two and three wrestlers at a time, and got numerous title shots against CM Punk, but was always screwed in the finish. He did win the Intercontinental Championship in 2014, but seemed to be sabotaged every time he got too popular, and asked for his release 2016. He’s been wrestling in the indie circuit ever since. Happy birthday Ryback. 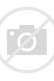 Katie Lea Burchill is 38 today. She began her career as Nikita in 2000, and wrestled in Frontier Wrestling Alliance from 2002-06. She wrestled in OVW when she came to the US in 2006, where she was a two-time Women’s Champion. She debut on Raw in 2008 as Paul Burchill’s sister. They started implying an incestual relationship, but (I don’t think I’ll ever say this again) Odin be praised that WWE then switched to PG, and the angle was dropped. She did a lot of random Diva Division stuff before here release in 2010. She wrestled for TNA and on the indie circuit after her release, and recently returned to Impact. Happy birthday Katie.

Bill Demott is 52 today. Generally used as a jobber to the stars in WCW, he attained championship success during the promotion’s dying days in late 2000 and early 2001, holding the WCW United States Championship twice. After an unsuccessful stint in WWE, DeMott retired from in-ring competition and transitioned into the role of a trainer for Tough Enough, on which he became known for using a rough, controversial style in handling trainees, as well as WWE’s developmental territories Deep South Wrestling, Florida Championship Wrestling, and NXT.

Several former FCW, DSW, and NXT employees previously working within or with the WWE developmental system made public allegations of misconduct by DeMott during his time as trainer. He denied the allegations, but also announced his resignation from WWE “to avoid any embarrassment or damage” to the company. Happy birthday Bill. 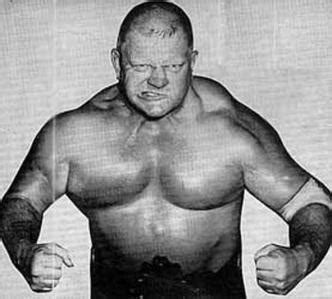 William Fritz Afflis, known as Dick the Bruiser during his wrestling career, played football for the Green Bay Packers from 1951 to 1954 as a lineman. Afflis suffered an injury to his larynx while playing for the Packers that left him with a gravelly voice for the rest of his life. He started wrestling in Chicago in 1955 under the Bruiser moniker where he faced Verne Gagne and Lou Thesz. Gagne had trained him to become a professional wrestler.

During his run in the AWA, The Bruiser was the first to christen Manager Bobby Heenan with the nickname of “The Weasel”. After retiring, Afflis was a color commentator for the Gorgeous Ladies of Wrestling (GLOW), worked as a talent agent for World Championship Wrestling (WCW), and was the special guest referee at the Starrcade 1990 main event between Sting and the Black Scorpion.

Afflis died of internal bleeding on November 10, 1991, according to a spokesman for Suncoast Hospital in Largo, Florida, near his winter home. His widow, Louise, said her husband had been weightlifting at home with son and ruptured a blood vessel in his esophagus. He was 62. 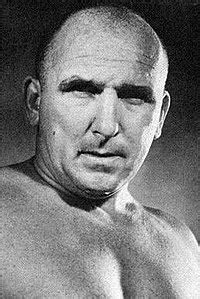 Killer Karl Kox competed in the National Wrestling Alliance as well as international promotions such as All Japan Pro Wrestling, the International Wrestling Alliance and World Championship Wrestling (Australia) during the 1960s and 1970s. Rumors were that in 1957, Kox earned the name, Killer, when he performed his famous finishing move, the brainbuster, on his opponent by holding him upside down for a period of time and allowing the blood to rush to the brain. He won 36 championships in his career.

On November 10, 2011, Kox died at the age of 80 following a heart attack and a stroke he had suffered nearly three weeks prior.