We don’t know all of the entrants in the Andre the Giant Memorial Battle Royal yet. Confirmed entrants are Dolph Ziggler, Baron Corbin, Tyler Breeze Fandango, Tye Dillinger, Dash Wilder, Scott Dawson, Matt Hardy, Goldust, Heath Slater, and Rhyno. It’s likely that most if not all wrestlers who aren’t otherwise booked will be in this match, plus some NXT guys. My predicted winner comes from that group of not-yet announced wrestlers, as I believe that we will all WWE: Walk With Elias!

Elias is one of the hottest acts WWE has right now, and an battle royal victory would be something he could add into his songs every week. He is going to be a champion in 2018. Most likely a midcard champion or possibly even a tag team champion (I’m hoping Braun chooses him as his parter). I think this would be a perfect way to kickstart a big year for one of their more talented performers. He is brilliant on the mic and I laugh my ass off at how he plays the crowd.

As far as the match itself, it’s never held a whole lot of intrigue for me. The thing I look most forward to is seeing which NXT guys they use. I’ve never found it to be a great match though. Hopefully this year we get to see more action and WOW moments than previous year, but with this being on the pre-show, I don’t have a lot of hope for it. 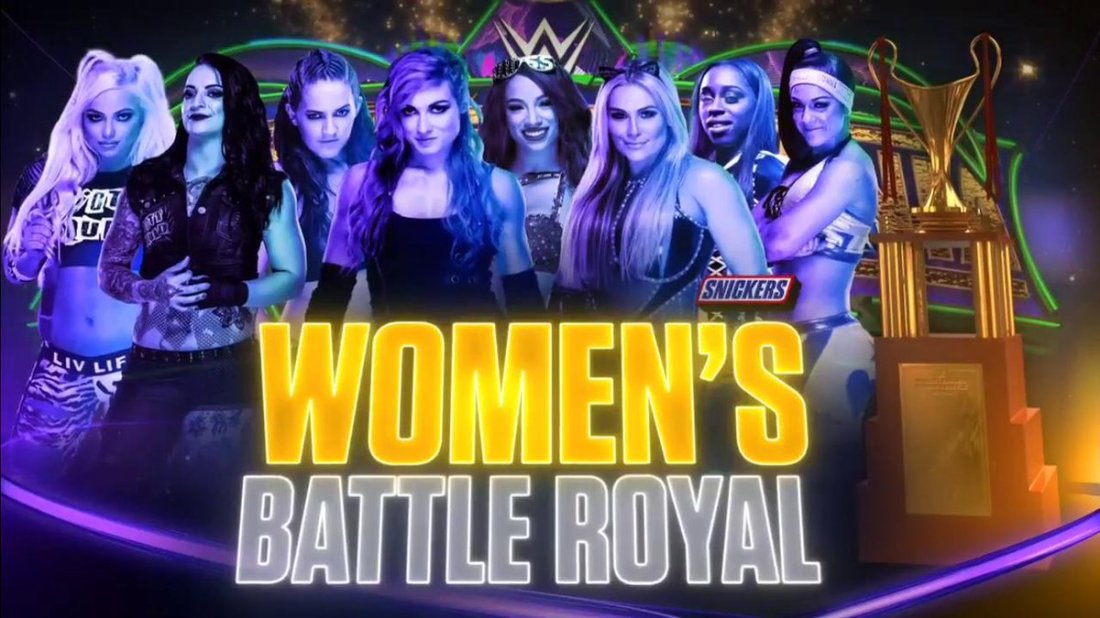 So far on the women’s side, we know Bayley, Sasha, Natalya, Lana, Ruby, Sarah Logan, Liv Morgan, Becky Lynch, Naomi, and Mickie James. Just like on the men’s side, my choice is someone who is not on that. It’s someone who I think will kick off a big night for herself: Carmella.

Although I think she will challenge and lose to Asuka by cashing in her money in the bank (a lot of hypotheticals there), I wouldn’t be surprised if she wins the battle royal then caps off her night with a successful MITB cash-in. Even an unsuccessful cash-in following a battle royal win would still make for some awesome Wrestlemania moments for the Fabulous Princess of Staten Island. I enjoy Carmella. I think she does really good heel work and is a good in-ring competitor. I also think that WWE is very high on her and want to push her hard in 2018. I could certainly be way off base here, but I guess we’ll see.

I’m looking much more forward to this match that the men’s match. I feel like maybe, even if just on a subconscious level, most of the men wish they had bigger roles on the show, while the women may be more thrilled for the opportunity to try to make their mark and tear the house down. I’m really psyched for this one.

Like my predictions? Hate them? Got some of your own? Just bring it.