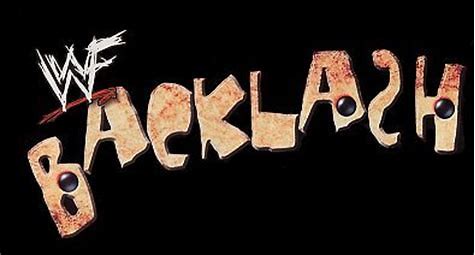 KICKOFF SHOW: BAYLEY VS. RUBY RIOTT
They’re still dragging out the Sasha and Bayley storyline. I do want to see them feud but DO SOMETHING with it already. Are we going to get a Sasha heel turn or what? Make a decision and advance the story, it’s been stagnating for months. My hope is that tonight we’ll see Sasha attack Bayley and do a full turn. The Riott Squad will be out there with Ruby, Sasha would come out seemingly to be in Bayley’s corner, and in the end attack her and complete the turn. I think Bayley wins in one of three scenarios: by DQ after being attacked by Sasha, by DQ after being attacked by Liv and Sarah, or by catching Ruby with a quick roll-up pin or with a Belly to Bayley out of nowhere. In the latter scenario I could see Bayley being attacked by the Riott Squad, Sasha coming down to save her, then after fighting them off together, Sasha viciously attacks Bayley. I could also see Sasha doing something to cost Bayley the match and give Ruby the win, but I think Bayley wins somehow.

BRAUN STROWMAN & BOBBY LASHLEY VS. KEVIN OWENS & SAMI ZAYN
Strowman is getting a “monster” push and Lashley just returned, no way they lose this match. This could be a quick one.

DANIEL BRYAN VS. BIG CASS
I highly doubt they would have Bryan lose this soon after returning. You could say the same about Cass I suppose, but Cass has never been and is not yet a main event player. I’m sure he’s headed in that direction, he has the size, athleticism, and mic skills to get to get to the top, but that’s likely further down the road. I think Bryan will take a brutal beating in this match but ultimately come out on top.

ROMAN REIGNS VS. SAMOA JOE
Coming off his controversial win/non-win against Lesnar, Reigns is looking to get back on track, and he should definitely do it tonight with a huge win against a dominant opponent. This should be a much better match than Reigns and Lesnar as Joe can perform and also take more than two moves. It’s not out of the question that Joe wins the match, but I don’t give him much of a chance. Believe that.

RAW WOMEN’S CHAMPIONSHIP: ALEXA BLISS VS. NIA JAX (c)
Nia is in the infancy stages of what I expect to be a long run with the Raw Women’s Championship. Going beyond wrestling for a minute, in this position I think she does a lot of good for not just women but all people with body issues, and I think WWE recognizes that and wants to keep her in that spot for a while. Also, Alexa can’t beat Nia. It’s really that simple.

UNITED STATES CHAMPIONSHIP: RANDY ORTON VS. JEFF HARDY (c)
Randy just had the title leading up to Wrestlemania. Jeff just won it. I don’t think they’ll end his reign yet. I think they’re just looking to keep Randy relevant by continuing to give him U.S. Title matches, until they inevitably and unfortunately turn him heel for the ninth time and thrust him back into the main event picture where he can continue to bore us, but in higher profile matches. Usually I don’t really look forward to Orton matches, but give me a Jeff Hardy match any day.

INTERCONTINENTAL CHAMPIONSHIP: THE MIZ VS. SETH ROLLINS (c)
With Lesnar keeping the Universal Championship off Raw there’s pretty much no chance they’d take the IC title to SmackDown. Unless that’s what they want us to think. No, no chance. This should be a good send-off match to a good feud.

SMACKDOWN WOMEN’S CHAMPIONSHIP: CHARLOTTE FLAIR VS. CARMELLA (c)
I think this match might steal the show. Not just because both women are tremendously talented, but because the fans are so anxious to seeing Charlotte get her hands on Carmella. That’s a testament to Carmella’s grade-A heel work over the past few weeks. Carmella will likely stall the beginning of the match as long as she can, rolling in and out of the ring, building the anticipation and generating massive heat. I think Charlotte will dominate early, Carmella will take control and slow the pace down, and then both women will let loose and wow the crowd with their abilities. I’d like to say Charlotte will win, but I think Carmella will find a way to cheat, possibly involving the Iconics.

WWE CHAMPIONSHIP NO DISQUALIFICATION MATCH: SHINSUKE NAKAMURA VS. A.J. STYLES (c)
I waffled on this one a lot. To me it makes zero sense for A.J. to give Nakamura a no DQ match, because since he’s become the king of the dick punch, that only works to his favor. We’ll certainly see at least one of those. But then again, A.J. really went off at the Greatest Royal Rumble, using the ringside area to beat Nakamura down, so look for more of the same from him. A.J. might win with a nut shot of his own. This should be one hell of a match, and I can’t wait to see what these two throw at each other tonight.