Two birthdays and two deaths on this date.

One of the biggest benefactors of nepotism in wrestling history, Horace Hogan, turns 53 today. Real name Michael Bollea, he is the nephew of Hulk Hogan. Horace’s parents separated when he was a child. In 1986, his mother, Martha Alfonso, was murdered by her boyfriend, and his father died of a drug overdose. His cousin was Mike Awesome. The duo were childhood friends, with Horace encouraging Alfonso to wrestle and helping him secure a job with WCW in the late 90s.

Mike Bollea was trained by Boris Malenko, debuting on the Floridian independent circuit in January 1990 under the ring name “Horace Boulder”. He went to Japan in 1991 to wrestle for Frontier Martial-Arts Wrestling, where he first teamed with Mike Awesome, who was wrestling as The Gladiator, and later teamed with Sabu, with whom he won the  WWA World Martial Arts Tag Team Championship.

In January 1993, Bollea joined the WWF as “The Predator”. He made his televised debut on the January 31, 1993 episode of WWF Wrestling Challenge losing to El Matador. This was his sole televised match in the WWF, as he competed exclusively at house shows for the remainder of his tenure, and left in August of that year. In early ’95, he wrestled in ECW as Prey of the Dead. He returned to Japan in mid-’95 before joining WCW in 1997.

On the February 23, 1997 episode of WCW Worldwide, Bollea, as Horace Boulder, defeated J.L. (Jerry Lynn). At Spring Stampede 1998 on April 19, 1998, Boulder officially debuted helping Raven defeat Diamond Dallas Page for the WCW United States Heavyweight Championship and joining Raven’s Flock in the process. He remained in the Flock until the stable disbanded on September 13, 1998.

The fall of 1998 would hold one of the most crucial moments in Horace’s wrestling career. Hollywood Hogan, backed by fellow now members, revealed on the October 19, 1998 episode of Nitro that Horace was the son of his dead brother. Showing a sincerity not seen in previous years, he continued by proclaiming his love to his family and offering Horace a membership in the nWo. The mood quickly took a turn for the worse, however, when Hollywood Hogan bashed his nephew with a steel chair, causing a wound that would require several stitches. He continued by throwing his nephew off a stretcher and mercilessly beating him. During this time, Hogan was involved in a heated rivalry with The Ultimate Warrior, and this scene worked as a testament to Hulk’s fragile state of mind. With fellow nWo members standing in bewilderment, Hogan took the mic and said “If I could do this to someone I love, imagine what I’m gonna do to you, Warrior!

Despite their initial confrontation, Horace joined the nWo at Halloween Havoc 1998 on October 25, 1998, by interfering on his uncle’s behalf during the final match between Hollywood Hogan and The Warrior. Thereafter, he began using the ring name “Horace Hogan” to signify his blood ties with Hulk Hogan. He would wrestle for the nWo both in singles competition and tag teaming with the likes of Scott Norton, Stevie Ray, and Vincent, as well as Brian Adams in early 1999 where they came very close to winning the WCW World Tag Team Championship when they with The Four Horsemen.Hogan also participated in a WCW Thunder battle royal for leadership of the nWo Hollywood faction. When the nWo Elite and B-Team began to dissolve in 1999, Horace began competing for the WCW Hardcore Championship.

Horace and his uncle began feuding with Billy Kidman and the New Blood in April 2000, with Horace helping Hollywood defeat Kidman at Slamboree 2000. Hollywood defected to the New Blood, however, after the leader of the New Blood, Eric Bischoff, offered him Kidman’s girlfriend Torrie Wilson in exchange for his assistance. Horace feuded with his uncle until the 2000 Great American Bash, when he refereed a rematch between Kidman and his uncle fairly, allowing his uncle to defeat Kidman after interference from Torrie. Horace left WCW after Hulk’s incident with Vince Russo at Bash at the Beach 2000.

After leaving WCW, Bollea began wrestling around the world, appearing with promotions including the X Wrestling Federation, the World Wrestling Council and Frontier Martial-Arts Wrestling. In 2002, Bollea was signed to a developmental contract by World Wrestling Entertainment. He was assigned to the Ohio-based Heartland Wrestling Association. In September, Bollea was recalled to the main roster, wrestling dark matches for the SmackDown brand. He remained with WWE until being released later that month. Following his release, Bollea wrestled briefly on the independent circuit before retiring from professional wrestling to work in the construction industry.

So to be fair, he did have quite a bit of success on his own, but there’s no way anyone can convince me he’d have gotten the exposure he did if not for Hulk. Hey, take it any way you can get it. Happy birthday Horace. 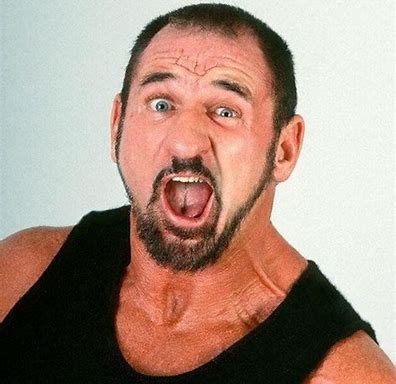 Butch Miller, AKA Bushwhacker Butch, turns 74 today. He and good friend Luke Williams started wrestling together as The Kiwis all the way back in 1965. They started in Stu Hart’s Stampede Wrestling when they came to America, and won the Stampede International Tag Team Championship. After leaving Stampede Wrestling, the Kiwis began doing double duty in NWA Pacific Northwest as well as the Canadian-based International All-Star Wrestling around 1979–1980 as “the Kiwi Sheepherders”. In 1979, the team won the NWA Pacific Northwest Tag Team Championship on three occasions between 21 July and 5 August 1980 before they left the territory.

The next stop for the Sheepherders was a brief stay in the Mid Atlantic Championship Wrestling territory run by Jim Crockett. In MACW, the two won the NWA Mid-Atlantic Tag Team Championship by beating Matt Borne and Buzz Sawyer for the gold. After losing the titles, Luke and Butch headed for warmer weather as they traveled to Puerto Rico and began working for the World Wrestling Council as “Los Pastores”. While in Puerto Rico, the team would win the WWC North American Tag Team Championship twice while touring the island.

Luke and Butch signed on with the WWF in the midst of its national expansion, giving them a national and international exposure unlike anything they had ever had before. The team changed their name to The Bushwhackers and changed their violent style to a comedic style which was an instant hit with the fans. The comedy act involved licking, arm motions and more. The Bushwhackers made their debut on 3 January 1989 on a WWF Superstars of Wrestling taping.

Throughout the Bushwhackers’ run in the WWF, the team was a solid mid-card team. Several of their feuds were comedy-oriented, with the Bushwhackers’ antagonists expressing disdain for their wild and wacky ways. In addition, Butch (along with Luke) participated in a long-running series of comedy vignettes, with “Mean” Gene Okerlund their usual foil; these vignettes were often featured on Coliseum Home Video releases where they served as the “link” between matches.

The Bushwhackers remained in the WWF through 1996, by which time they were a lower-card team and frequently used to job to newer teams such as The Blu Brothers and The Bodydonnas. Late in the Bushwhackers’ run, the team was accompanied to the ring by a giant kangaroo mascot. The Bushwhackers were inducted into the WWE Hall of Fame class of 2015.

In September 2001, Miller was rushed to the hospital after suffering a neck injury. While in the hospital, he also had a brush with septicemia, but he survived. Miller retired after the incident and moved back to New Zealand where he began working as the commissioner for NZWPW. He currently lives in Paraparaumu Beach and is the Commissioner for Kiwi Pro Wrestling.

When the WWE came to New Zealand in 2008 in Auckland he was a guest on the first international V.I.P Lounge along with Tony Garea. The segment’s host, Montel Vontavious Porter (MVP) announced him as Bushwhacker Luke but then apologized. Eventually, MVP attacked Butch and Garea with the microphone. Butch and Garea recovered and fought off MVP, then celebrated with the Bushwhacker walk.

In February 2018, the Bushwhackers reunited for one last tour of their native New Zealand. Happy birthday Butch. 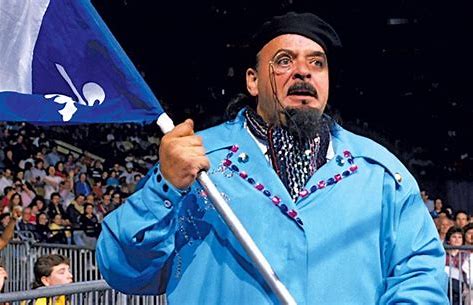 Frenchy Martin debuted in the WWF in October 1986. Initially a full-time wrestler, he would primarily be used as a jobber. In August 1987, he began to be the host of a WWF’s skit “Le Studio” (presented only in Canada, during Superstars of Wrestling), During the segment, he would interview his guests and translate their answers in French, using the opportunity to mock the faces and praise the heels. Martin began managing Dino Bravo in late 1987. During his alliance with Bravo, Martin regularly carried a sign down to ringside that read “USA is not OK”. In March 1988, he managed Bravo at WrestleMania IV in a match against Don Muraco. During a rematch at SummerSlam in August, Martin distracted Bravo’s opponent Muraco to allow Bravo to get the victory. In October at the King of the Ring, Martin managed Bravo in a loss over Jim Duggan in a flag match. He also appeared at Bravo’s side at Saturday Night’s Main Event XVII at the end of October for Bravo’s match against Ken Patera. On Thanksgiving night, he also appeared at Survivor Series. Martin also managed Jos LeDuc in 1988, but LeDuc’s run in the WWF was short and he made very few appearances on television.

At the Royal Rumble in January 1989, Bravo, accompanied by Martin, teamed with The Fabulous Rougeaus (Jacques and Raymond) but lost a two out of three falls match against Jim Duggan and The Hart Foundation. At WrestleMania V in April 1989, after Bravo’s match with Ronnie Garvin, Martin attacked Garvin, and as a result, Garvin performed his signature move, the “Garvin Stomp” on him. Bravo replaced Martin in favor of Jimmy Hart in April 1989.

Later, Martin appeared as an occasional enhancement talent on weekly WWF television broadcasts, reviving his initial role with the company when he joined the WWF in 1986. By mid-1990, Martin retired and eventually became head booker for the IWA in Puerto Rico. Until his death he continued to make guest appearances for indie shows across Canada and the US. On October 21, 2016, Martin died after nearly a year of bladder and bone cancer. He was 66 years old.

Lenny Hurst, or the Jamaica Kid as he was sometimes billed, became a hit wherever he wrestled, and was a definite fan favorite in the UK.  However, it was not long before he came to the attention of foreign promoters, and Lenny was soon joining other stars from the UK on their trips to Europe and the Far East where he wrestled many of the top foreign stars of the era.  In the early 1970s, Lenny was invited to Stampede International Wrestling where again he became an instant hit and went on to secure the tag team championship on three separate occasions (twice partnering Dan Kroffat in 1972 and 1973 and once with Rick Martel in 1974).

Although Lenny primarily wrestled in the UK, he did have a longer stint with the WWWF in 1977, where he was also given the opportunity to wrestle a number of times on their huge Madison Square Garden shows.  Lennie was considered a class act and was given bouts against some of the top WWWF wrestlers at the time, including Butcher Vachon, Mr. Fuji, and Stan Stasiak.