Dusty Rhodes’ biggest fan was born on this date. 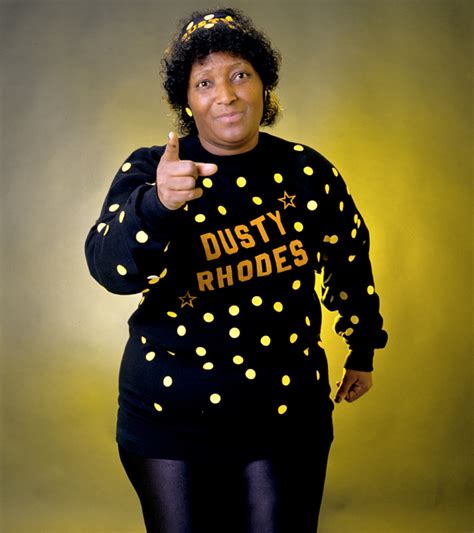 Juanita Wright, who appeared in the WWF as Dusty Rhodes’ manager Sweet Sapphire, would have turned 74 today.  She became a huge wrestling fan and began to drive wrestlers to arenas in the St. Louis area. Wright gained a wrestling referee’s license, the first woman in Missouri to do so, before entering the ring as a wrestler. She appeared under the name Princess Dark Cloud and once wrestled a bear.

On November 25, 1989, Wright debuted at WWF Saturday Night’s Main Event as a fan cheering on Dusty Rhodes in his match against Big Boss Man. Sapphire began to manage Dusty Rhodes, both adorned in black outfits with yellow polka dots. She along with Rhodes later on entered into a feud with Macho King and Queen Sherri as Sapphire teamed with Rhodes to take on Savage and Sherri in a tag team match at Wrestlemania VI. Sapphire pinned Sherri, with some help from Miss Elizabeth. In the spring and summer of 1990, she began to receive gifts from a mysterious benefactor. At SummerSlam, Sherri defeated Sapphire via forfeit after Sapphire failed to show. Seconds before Rhodes’ match against Savage, Ted DiBiase revealed that he had bought Sapphire. A distraught Rhodes lost a quick match to Savage after being hit with Sherri’s purse behind the referee’s back. Sapphire began appearing in segments where she would do favors for DiBiase, including ironing his money. She left the WWF a short time later.

In a later shoot interview, Sherri Martel revealed that Wright’s admiration for Rhodes was legitimate, and that she literally broke down crying when the office told her that they were severing her and Rhodes’ on-screen partnership. Martel believes that Wright lost complete interest in the wrestling business after this, which is why she left the company not long after SummerSlam. Wright was later brought into the USWA for a brief period of time in 1993, participating in a feud featuring Jerry Lawler and Bert Prentice. She died in St. Louis, Missouri from a heart attack on September 11, 1996, at the age of 61. Happy birthday Sapphire. 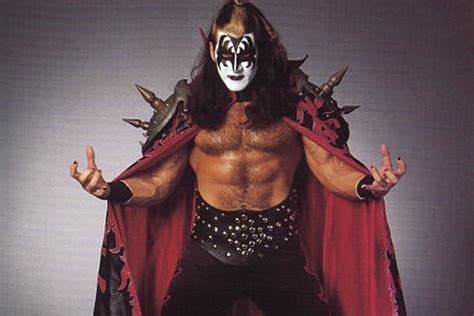 WCW’s The Demon is 47 today. Dale Torborg is the son of former MLB player and manager Jeff Torborg. Dale’s career ended in the minors after a fastball to the face, so he turned to the comparatively safe world of… professional wrestling.

In 1995, he then worked for the American Wrestling Federation as The MVP, a baseball player character. After the AWF closed he was employed by World Championship Wrestling and was sent to the Power Plant to train. Some of the wrestlers in the Power Plant at that time were Bill Goldberg,  Chuck Palumbo, Mark Jindrak, and Shane Helms. In 1998, he started to get a push as the MVP but after two matches, he was asked to portray a character named The Demon.

WCW head Eric Bischoff struck a deal with KISS to create a KISS-themed wrestler, “The Demon”, a gimmick modeled on the stage persona of Gene Simmons. Torborg originally was told he was the Demon and was abruptly taken out due to Brian Adams having much more experience in the ring. Adams admitted to never feeling comfortable as the character. The gimmick was played twice by Brian Adams, rejected by him without wrestling a single match, and given to Torborg. He was managed by Asya (Christi Wolf), whom he later married. The “Demon” character was originally supposed to be the beginning of a stable called The Warriors of KISS, in which the other original members of the band would have a wrestler representing their look and gimmick.

KISS was guaranteed their “Demon” themed wrestler would wrestle a Main Event match with the contract they made with WCW. This was supposed to happen at a special 1999 New Year’s Eve PPV against Vampiro. The PPV and the match were taken off the table, however, after Eric Bischoff lost his position in September 1999. In order to fulfill the contractual obligation, he was booked in a “Special Main Event” match at Superbrawl in early 2000. Uncharacteristic to “Main Event” matches, it was the fourth match on the card and saw Torborg face The Wall which saw The Wall win with a chokeslam. Because Bischoff lost his position before the character’s wrestling debut, The Demon character got off to a rocky start, losing to Terry Funk in its debut. Torborg contends that the character was hurt because the KISS concert to debut The Demon was one of the lowest rated segments in the history of WCW Nitro up to that point and even though Bischoff believed in the character, others believed it was dead on arrival.

Afterwards, he was known simply as “The Demon” and placed in a stable with Vampiro and the Insane Clown Posse called The Dark Carnival. He later turned against the group and feuded with Vampiro. When WCW was bought out by theWWF in 2001, Torborg opted to go back to baseball as a strength coach and not do his scheduled tryout for the WWE. He later appeared with A.J. Pierzynski in TNA on a couple of occasions. Happy birthday Dale. “Superstar” Bill Dundee turns 75 today. Dundee was born in Angus, Scotland, and raised in Melbourne. At the age of 16, he joined the circus as a trapeze artist. He started wrestling in Australia in 1962 and finally arrived in the United States in 1974 with his tag team partner George Barnes. Dundee made a name for himself in the Memphis Territory where he regularly teamed and feuded with Jerry Lawler and Jimmy Valiant for years. Dundee and Lawler ventured to the American Wrestling Association together in 1987 and captured the AWA World Tag Team Titles twice.

As a singles wrestler, he held the Southern Heavyweight Championship belt several times from roughly 1975 to 1985 and also had a successful team with “Nature Boy” Buddy Landel that wreaked havoc in Tennessee. Dundee had a brief run in the NWA’s Jim Crockett Promotions, Central States Wrestling and Florida Championship Wrestling in 1986 where he teamed with Jimmy Garvin and feuded with Sam Houston for the NWA Central States Heavyweight Championship. He also briefly managed The Barbarian and The MOD Squad while in those territories.

He also had a run in World Championship Wrestling in the early 1990s as Sir William, the manager for Lord Steven Regal. Dundee worked as a booker for Memphis, Louisiana and Georgia. Dundee is still active as of 2018 in Memphis Wrestling. Happy birthday Bill. 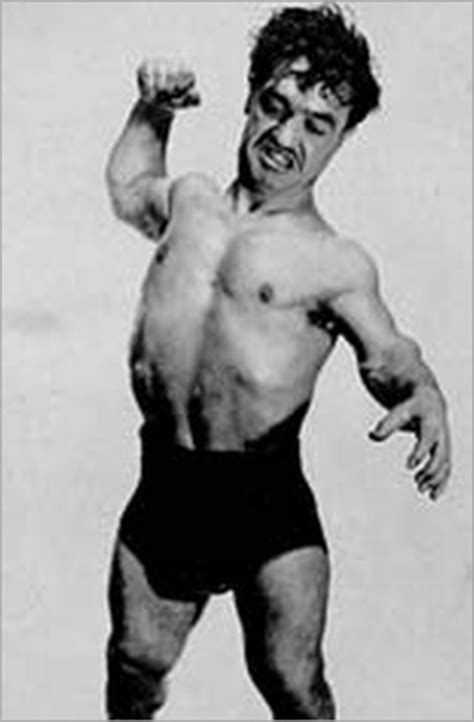 One of the first little people to gain recognition in wrestling, Major Tom Thumb wrestled in five novelty tag team matches in the WWWF in the 1960s and 70s, teaming with Frenchy Lamonte, Tiny Tim, and Sky Low Low. He died on October 24, 1981, at the age of 65.