Get ready for a pipe bomb…

CM Punk turns the big 4-0 today. Phil Brooks started in backyard wrestling, with a federation called the Lunatic Wrestling Federation. The name CM Punk came when he teamed with his friend CM Venom in a tag team called the Chick Magnets. He started his official wrestling training at the Steel Dominion wrestling school in Chicago, where he met future best friend Colt Cabana. He feuded with Cabana in IWA Mid-South. During his time there, he won the Light Heavyweight and Heavyweight Championships, and also feuded with Chris Hero (Kassius Ohno), AJ Styles, and Eddie Guerrero. He also worked in Ring of Honor and TNA before signing with WWE in 2005.

He was assigned to OVW, and in his first televised match, suffered a ruptured eardrum and a broken nose when Danny Inferno hit him with a stiff right hand. Nice welcome. But Punk finished the match. One month later he defeated Ken Doane for the OVW Television Championship, and six months later, defeated Brent Albright in a strap match for the OVW Heavyweight Championship. While still Heavyweight Champion, Punk and Seth Skyfire won the OVW Southern Tag Team Championship. In 2006, Punk moved up to the WWE main roster and debuted for the ECW brand.

It was at this time that Punk incorporated his straight edge lifestyles into his character and his promos. He was undefeated in singles matches for his first six months before losing to Hardcore Holly on January 9, 2007. He made his WrestleMania debut at WrestleMania 23 as a participant in the Money in the Bank ladder match. He nearly won the match, but Mr. Kennedy rammed him off the ladder with another ladder to get the briefcase.

Punk was scheduled to face Chris Benoit for the ECW Championship at Vengeance: Night of Champions on June 24, 2007, but Benoit had tragically his family and himself earlier in the day and was replaced by Johnny Nitro, who defeated Punk to win the vacant title. Punk defeated Nitro, by then Johnny Morrison, on September 1 to win the ECW Championship. He held the title for 143 days before losing it to Chavo Guerrero.

At WrestleMania XXIV, Punk won the Money in the Bank ladder match. He was drafted to Raw on June 23, and cashed in on Edge the next week to win the World Heavyweight Championship. He was unable to defend his title after being punt kicked by Randy Orton, and Chris Jericho won it to end Punk’s reign at 69 days. Later that year, Punk and Kofi Kingston won the World Tag Team Championship. On January 19, 2009, Punk defeated William Regal for the Intercontinental Championship to become the fastest Triple Crown Champion in WWE history. That year at WrestleMania he became the first person to win the Money in the Bank ladder match twice, and after being drafted to SmackDown, won his second World Heavyweight Championship when he cashed in on Jeff Hardy two months later, on June 7. He feuded with Hardy and Undertaker over the belt.

In 2009 he formed the heel Straight Edge Society. It originally started when he transformed Festus into Luke Gallows. Serena was the next to join the group, then later Joey Mercury for a brief time. Despite forcing his followers to shave their heads, Punk became so distraught when he lost a match to Rey Mysterio forcing him to shave his head, that he began wearing a mask. In late 2010, Mercury was injured, Serena was released, and Gallows feuded with Punk to end the group.

Punk was drafted back to Raw, but was out of action with a hip injury, and began commentating. Once he returned in December, he took control of The Nexus. After winning a match to become number one contended for John Cena’s WWE Championship, Punk cut his infamous “pipe bomb” promo, vowing the win the championship and leave the company with it.

He won the WWE Championship at Money in the Bank, and left the company the next night. To sell the angle he began showing up at non-WWE events and mocking the company, while WWE held a tournament for the vacant title. Rey Mysterio won the tournament and John Cena won it from him the next night, but Punk returned, and defeated Cena in a match to become the undisputed WWE Champion. He lost the title when Alberto Del Rio cashed in on him, but defeated Del Rio at Survivor Series to win it back. At the next year’s Survivor Series, still as WWE Champion, Punk successfully defended his title against John Cena with help from The Shield, who made their debut.

At the 2013 Royal Rumble, Punk defeated The Rock to retain his title after The Shield put Rock through a table. The stipulation was that if The Shield interfered, Punk would be stripped of the title, but instead, Vince acquiesced to The Rock’s request that the match be restarted. The Rock pinned Punk, ending his title reign at 434 days. In his final year with the company, Punk feuded with The Undertaker after Paul Bearer’s death, culminating in a match at WrestleMania 29, which Undertaker won. He also was dumped by Paul Heyman and lost a no DQ match to Brock Lesnar. He no-showed Raw on January 27, 2014, the night after the Royal Rumble, and we all know how things devolved from there, I’m not going to rehash it here on his birthday. Instead I’ll settle for celebrating his WWE career, and wishing CM Punk/Phil Brooks a happy birthday.

Kevin Sullivan is 69 today. He is who I use when I rank bad booking decisions. He was a mid-card face for the WWWF from 1974-77, but is more known for his run in Jim Crockett Promotions/WCW. When he arrived in Crockett in 1987, he formed The Varsity Club with Mike Rotunda and Rick Steiner, and later “Dr. Death” Steve Williams and Dan Spivey. They had some major feuds but were done by 1989. In 1991, Sullivan returned to manage One Man Gang and Oz. He left in August of ’91 and went to Japan, then appeared in Smoky Mountain Wrestling from 1992-94.

In 1993, he went to ECW, and teamed with Taz to win the ECW Tag Team Championship. He returned to WCW in 1994. This is when he gathered a group to team up against Hulk Hogan, first called the Three Faces of Fear, and then the Dungeon of Doom.

He also booked his wife Nancy as Chris Benoit’s manager, then she left him for Chris. We all know how that turned out. He became head booker in 2000, and the next night, Benoit, Dean Malenko, Eddie Guerrero, and Perry Saturn left the company. He was fired before the WWF purchased the company. He still wrestles on the indie circuit. Happy birthday Kevin.

Taka Michinoku is 45 today. He started his career in Japan and Mexico before debuting in ECW in 1997. In July that year, he became the first WWF Light Heavyweight Champion, a title he held for 10 months. In 1998, he was attacked multiple times by Kai En Tai, before joining and becoming the leader of the group. Indeed. They became comedy jobbers for most of the rest of his time in the WWF, and he returned to Japan in 2002. He still wrestles today. Happy birthday Taka.

Austin Idol is 69 today. He mostly wrestled in the CWA and AWA, but had a stint in the WWWF with Lou Albano as his manager. Today he is the manager of current NWA World Heavyweight Champion Nick Aldis. Happy birthday Austin.

Kurrgan is 49 today. Robert Maillet has also wrestled as The Acadian Giant, The Cajun Giant, Giant Kurgan, Goliath El Gigante, and The Interrogator. He debuted with the WWF as The Cajun Giant in 1991 before going to Japan. He returned in 1997 as The Interrogator as part of The Truth Commission. Under the tutelage of The Jackyl, a charismatic cult leader, Kurrgan was a heel known for applying the Iron Claw to his opponents and not breaking the hold until The Jackyl slapped him across the face.

After The Truth Commission disbanded, Kurrgan continued as a singles wrestler managed by The Jackyl. He later went on to be part of The Oddities, and his career petered out from there. Happy birthday Kurrgan. 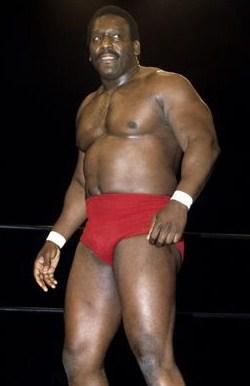 S.D. Jones, short for Special Delivery Jones, started his career in the NWA, and joined the WWF in the late 70s. He was a mid-card face who rarely won, but always put on good matches. He often teamed with Tony Atlas, including in numerous matches against Mr. Fuji and Mr. Saito for the WWF Tag Team Championship in 1981. He was Andre the Giant’s partner the night Big John Studd and Ken Patera cut Andre’s hair in 1984.

At the inaugural WrestleMania, in 1985 he famously lost to King Kong Bundy in an official match time of 9 seconds, although the actual time from bell to pinfall was 17 seconds.  it would stand as the quickest match in WrestleMania history until Kane defeated Chavo Guerrero Jr. at Wrestlemania XXIV in a legitimate eight seconds.

Despite mainly being used as a preliminary talent in the 1980s WWF, Jones garnered further recognition when LJN created an action figure of him for their Wrestling Superstars toy line. He also appeared in the WWF’s music video for Land of a Thousand Dances. In 2006, SD Jones inducted Tony Atlas into the WWE Hall of Fame.