This blog takes no days off.

“Mr. No Days Off” himself, Darren Young turns 35 today. Fairly or unfairly, Young will be forever remembered as the first wrestler to ever publicly come out as gay while signed with a major promotion. He wrestled in several backyard federations as a teen and made his pro debut in 2002. In 2005 and 2006, he made several appearances on Heat and Velocity, as well as wrestling dark matches on SmackDown and Raw. He signed a WWE developmental deal in 2009.

He was part of the first season of WWE NXT and was a member of The Nexus. He’s best remembered in WWE as a member of The Prime Time Players with Titus O’Neil. They are former WWE Tag Team Champions. It was during this run in 2013 that Young came out as gay. Titus turned on his teammate in 2014, but they reunited a year later. On the May 5, 2016 episode of SmackDown, Bob Backlund agreed to be Young’s life coach, in a campaign to “Make Darren Young Great Again”.

Unfortunately, Young never got much of a chance, as Mr. No Days Off spent a lot of time on injured reserve. He was released in October 2017. Happy birthday Darren.

Sharmell is 48 today. The wife of King Booker, Queen Sharmell won the 1991 Miss Black America Pageant at 20 years old. After winning the title, Sharmell began a career in professional dance, touring with several hip hop artists and R&B bands, including a 3½ year stint with James Brown, I’m assuming when he was alive.

She was a Nitro Girl named Storm, and was a valet named Paisley for The Artist in WCW. She debuted in the ring in 2000, beating Tammy Lynn Sytch with a DDT. She signed a developmental deal with WWF just before WCW was bought out. An injury forced her to retire from in-ring work, and after a short career as a backstage interviewer, she left wrestling altogether.

She was rehired in 2005 as her husband Booker T’s valet, and was famously sexually harassed, in storyline of course, by Kurt Angle. Then when Booker won the King of the Ring, they started speaking in British accents. She and Booker left WWE in 2007. She went to TNA until retiring in 2009. Happy birthday Sharmell. 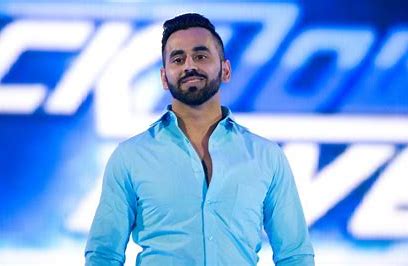 They debuted as The Singh Brothers on the April 18, 2017 episode of SmackDown Live, helping Jinder Mahal become the number-one contender for the WWE Championship. They then pissed everyone off to no end by helping Jinder win and keep the championship. Samir suffered a torn ACL in January 2018, and just returned two weeks ago to Jinder’s side. Happy birthday Samir. 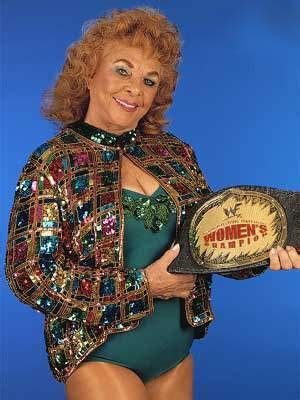 I have no idea what The Fabulous Moolah did or did not do behind the cameras, nor how she treated her trainees. What I do know is that she 5x NWA World Women’s Champion and a 4x WWF Women’s Champion and a WWE Hall of Famer. I also know she died on November 2, 2007, at the age of 84. You can fill in the rest with your own narrative if you wish.