I hope you’ve got Disco fever.

Glenn Gilbertti, AKA Disco Inferno, is 51 today. He started on the Georgia independent circuit in 1991 and had short stints in the WWF and USWA. He debuted with WCW in 1995 with the Disco Inferno gimmick. During his six-year tenure with WCW, he became a Cruiserweight Champion, a two-time Television Champion and a Tag Team Champion with Alex Wright, when they were The Dancing Fools. After WCW’s acquisition by the WWF, Disco wrestled for World Wrestling All-Stars and TNA. He’s also done some work as a booker. Happy birthday Disco. 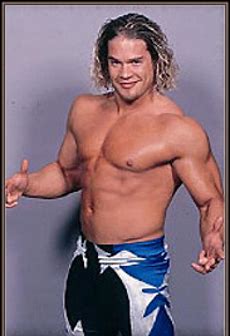 Matt Cappotelli would have been 39 today. The former Tough Enough winner won the OVW Heavyweight Championship during his time with the promotion, but his career was cut short due to a malignant brain tumor. Brain cancer ultimately took his life on June 29, 2018. Happy birthday Matt.

Lena Yada is 40 today. She first came to WWE auditioning for the 2005 WWE Diva Search and made it to the Top 30. She auditioned again in 2007 and made it to the final eight. She placed third overall in the competition. Yada was signed to WWE and made her debut as a backstage interviewer. On November 10, 2008 she was released from her WWE contract just a week after her in-ring debut.

After the WWE, Yada won her first singles match against Christina Von Eerie at Pro Wrestling Revolution’s show on June 6, 2009 in San Francisco as part of ChickFight. She is married to Disturbed front man David Draiman. Happy birthday Lena.

Collins also wrestled in AJPW in 1973. In 1976 he wrestled for Stampede Wrestling in Calgary, Canada where he would win the Stampede Wrestling International Tag Team Championship three times with Frenchy Martin, Bobby Bass and Larry Sharpe. After his retirement in 1980, he owned and operated a nightclub in Hawaii called the “Squared Circle”. On November 12, 1991 Collins died of melanoma. He was 58. 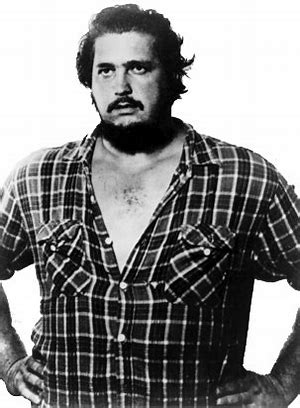 Luke “Big Boy” Brown is most noted for being one-half of a tag team in the 1950s and 1960s known as the Kentuckians, along with Grizzly Smith, father of Jake “The Snake” Roberts.

Brown began his professional wrestling career in 1958, traveling with carnivals. Wrestler Frankie Townsend gave him the name “Man Mountain Campbell”, which Brown used up until 1961. For a short period during this time he tagged with Stan Stasiak, and they were the first tag team to ever hold the NWA International Tag Team Championship (Toronto version).

It was in 1961 when Brown also began teaming with Grizzly Smith. The duo became known for their long beards, dungarees, and cow horn. He retired from professional wrestling in 1976 after a shoulder injury. He was in poor health during his last years of life, including kidney failure that required him to undergo dialysis. He died of a stroke in a Washington, D.C. hospital on November 12, 1997 at age 62.

Yep, that’s the best picture there is of Nick Condos. Condos began as a heavyweight boxer in 1930 in New York but soon turned to wrestling and traveled worldwide. He once held the record for the quickest pin at Madison Square Garden in defeating Mike Chaplin in 12 seconds in 1933. He also held Greco‐Roman American world title. Among those he wrestled were Strangler Lewis and former heavyweight boxing champion Primo Carnera. He died on November 12, 1973 at age 65.

Siegfried Stanke was a 13-time champion in various NWA territories, mostly in Vancouver. He twice defeated Rocky Johnson from the NWA Texas Heavyweight Championship, and won the NWA Western States Heavyweight by defeating Dick Murdoch. While in Vancouver, he was a top heel and feuded with a young Jimmy Snuka.

After his retirement, he became a tennis coach at Texas Lutheran University. He died on November 12, 2012 at age 74.