A couple luchadors and one hairy bastard. 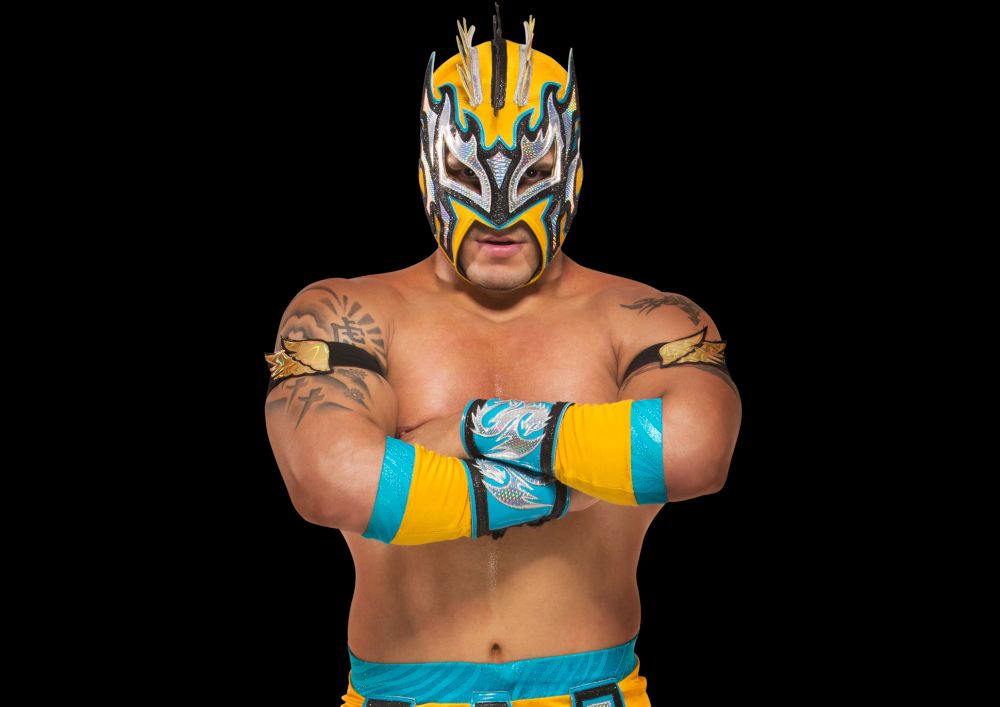 Kalisto is 32 today. In 2006, he made his professional wrestling debut on the Midwestern United States independent circuit as Samuray del Sol. After establishing himself as one of the top high-flyers in the area, he began working for larger promotions in 2011 and was signed by Dragon Gate USA in 2012. The same year, he made his debut for Mexican promotion AAA, where he was repackaged as Octagón Jr., the storyline protégé of well-known luchador Octagón. He has also worked for CZW, Independent Wrestling Association Mid-South, NWA, and PWG. He signed with WWE in 2013 and kicks ass there today. Happy birthday Kalisto. 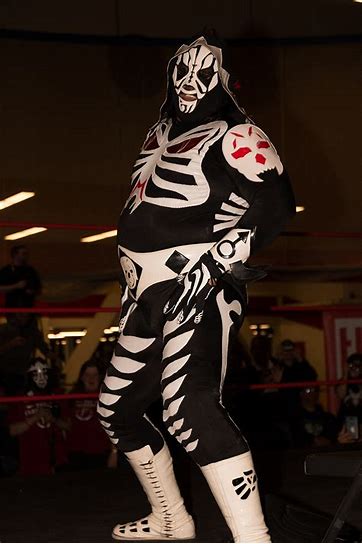 La Parka is 53 today. He is a three-time world champion having held the IWC World Heavyweight, the IWC World Hardcore, and the IWL World Heavyweight championships all once. He was one of the first wrestlers signed to the newly-formed Mexican promotion AAA in 1992. In August 1993 La Parka won his first championship when he defeated Lizmark for the WWA Light Heavyweight Championship on a WWA/AAA co-promoted show. La Parka was one of the wrestlers that worked the When Worlds Collide show, a joint AAA/WCW pay-per-view where he teamed with Jerry Estrada and Blue Panther, losing to the team of The Pegasus Kid, 2 Cold Scorpio, and Tito Santana. On September 9, 1994 La Parka won the Mexican National Light Heavyweight Championship that he had been chasing for over a year when he defeated Lizmark for the title, finishing off the storyline between the two. In 1995 he would make an appearance for ECW.

When WCW began using a number of AAA wrestlers for their cruiserweight division in mid to late 1996 La Parka gained worldwide exposure by appearing on WCW’s weekly television shows and PPVs. In 1999 on an episode of Thunder, Goldberg ripped La Parka’s arm out of its socket after a botched move. La Parka’s biggest achievement in WCW did not involve the real luchador, but DDP dressed as him against Randy Savage. He left WCW in 2000 and has mostly worked in AAA and CMLL ever since. Happy birthday La Parka.

Nick Bockwinkel was recognized for his exceptional technical wrestling ability and mastery of in-ring psychology. He was also known for his even-toned, articulate promos, which distinguished him from many of his contemporaries. He WWE Hall of Fame in 2007.

In 2008, Chris Jericho based his new villainous wrestling persona on Bockwinkel. In his autobiography The Best in the World Jericho wrote, “The WWE had recently released an AWA retrospective DVD, and while watching it, I remembered how great a heel Bockwinkel was. He wore suits for all his interviews and used ten-dollar words that went over the average fans’ heads, pissing them off markedly. Here was this pompous blowhard using the fancy talk and wearing the fancy suits, claiming to be the best because he was the World Champion, which was the truth.”