Lots of birthdays today, and one legend’s death. 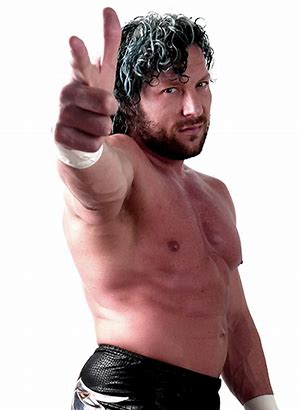 Let’s start with probably the most popular wrestler in the world today, Kenny Omega, who turns 35. The man born Tyson Smith signed a developmental deal with WWE in 2005 and went to Deep South Wrestling to be evaluated by Bill DeMott, Johnny Ace, Kenta Kobashi, and other talent scouts. After his tryout matches, he was offered a full-time contract with Deep South. Within a year he requested and was granted his full release. He’s been critical of the promoters and trainers in DSW since, particularly DeMott, Jody Hamilton, and Bob Holly.

Did WWE miss on this incredible talent? Maybe. As happens very often in wrestling, timing is everything. He could have stayed in WWE, and maybe his talent would have shone through, or maybe he would have been given a Stardust gimmick, or something like his DSW tag team partner, the future Heath Slater. He wasn’t happy in WWE and he bet on himself to do better, and boy did he ever. It could point out a flawed WWE developmental system, at least at the time, or it could show that he needed a different atmosphere and a new stage to shine on. It’s most likely a combination of the two. For anyone that doesn’t follow indie wrestling at all, there’s still person anyone could name on the indie circuit if asked: Kenny Omega. Happy birthday Kenny.

He’s not just the coolest, he’s not just the best, he’s Justin Credible, and he’s 45 today. Maybe I should have used the Aldo Montoya picture at the top, but I’m moving it down here. Here he is, in all his jock-strap glory:

Yes, because he’s Portuguese, they made him Aldo Montoya, the Portuguese Man O’ War. He participated in the 1995 and 1996 Royal Rumbles, and asked for his released in 1997. He went to ECW, first as PG-187, then as PJ Walker. Finally he was repackaged as Justin Credible, and his career took off from there. He went on to become the ECW World Heavyweight Champion in 2000 and held the title for five months. He lost to Sandman in the final match in ECW history on January 13, 2001. He returned to WWE from 2001-03 and again in 2006, but unfortunately since then his life has been a string of alcohol relapses and arrests. Here’s hoping your birthday is Justin Credible.

Long before there were Sunny and Sable, there was Missy Hyatt, who celebrates her 55th birthday today. She started as a valet/manager in WCCW, joining a group that included Eddie Gilbert and the Steiners. She was contacted by WWF, and taped several segments called Missy’s Manor, which was supposed to replace Piper’s Pit. It was a disaster, and Vince McMahon asked her to become a ring girl, which she felt was beneath her, so the WWF never happened.

She got her biggest exposure as a commentator and backstage interviewer in WCW from 1987-93, where she banged her way through the entire roster. More power to ya. She joined ECW in 1996 as part of an angle where she sexually harassed Stevie Richards.

On June 22, 1996 at ECW’s Hardcore Heaven, Paul Varelans was choked out by Taz, in what was promoted as a shoot. Despite being promoted as a legitimate shoot fight, it is believed that Varelans agreed to lose via submission. Missy Hyatt also claims in her book that Varelans agreed to lose if she gave him a blow job afterwards, but Hyatt rebuffed him and said that she “doesn’t blow jobbers”. After this, Varelans supposedly became irate and tore up the locker room. I love a good Missy Hyatt story. Happy birthday ya wack job. I leave you with the greatest locker room interview in history:

Lenny Lane turns 48 today. WCW fans will remember him as a member of the West Hollywood Blondes, the precursor to Billy & Chuck. In late 1999, he defeated Rey Mysterio Jr. to win the WCW Cruiserweight Championship. When GLAAD protested that “the character of Lenny is presented with the intention to incite the crowd to the most base homophobic behavior,” the Blondes were take off TV, and later returned as Standards and Practices, at the same time the WWF had Right to Censor. But Bischoff swears that no ideas were ever taken from the WWF. Lane did wrestle two matches in WWE, teaming with Ken Anderson against Rob Conway & Sylvan Grenier on a 2004 episode of Heat, and a squash loss against Jack Swagger on a 2008 ECW on Sci Fi. Happy birthday Lenny. 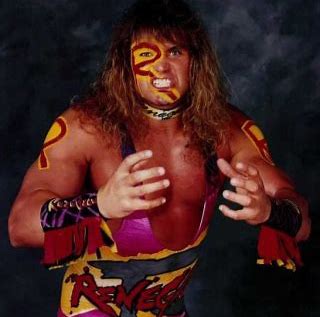 Richard Wilson, WCW’s The Renegade, would have turned 53 today. I, like many others, believed the rumors from my friends that The Ultimate Warrior was now wrestling in WCW as The Renegade. Of course, that’s exactly what WCW wanted us to think. He was supposed to be a huge thing. He wasn’t. He fizzled out almost immediately and became a jobber until his release in 1998.

On February 23, 1999, severely depressed about his release from his WCW contract and no other companies showing much interest in hiring him, Wilson died of a self-inflicted gunshot wound to the head. He was 33 years old. 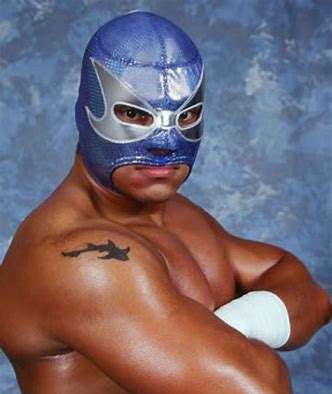 Lizmark Jr. is 46 today. He’s probably best remembered for his stint in WCW as part of the Cruiserweight division in the late 1990s. He’s spent the rest of his career working in CMLL and AAA in Mexico. Happy birthday Lizmark Jr.

A legend in Japan, Takao Omori turns 49 today. He competed in the 1996 Royal Rumble, where he was eliminated by a returning Jake Roberts. That’s about the extent of his American wrestling career, but his list of accolades in Japan is long and distinguished (yeah, so is my Johnson – Shout out to the first person who comments with the correct movie reference).

Anyway, across different promotions, he’s a multi-time world heavyweight champion and world tag team champion, as well as a Triple Crown Heavyweight Champion in All Japan Pro Wrestling. He was ranked #66 of the top 500 singles wrestlers in the PWI 500 in 2000. He’s current a part of the All Japan Board of Directors. Happy birthday Takao. 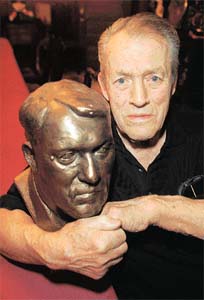 I said we have one legend’s death, and what a legend he was. Stu Hart is regarded by many as one of the most important and respected people in the history of professional wrestling. Let’s look at a partial list of some of the wrestlers Stu trained in his legendary “Dungeon”:

Stu Hart died on October 16, 2003, after suffering a stroke the previous day. He was 88 years old. He was posthumously inducted into the WWE Hall of Fame 2010.