A princess was born and a giant died on this date. 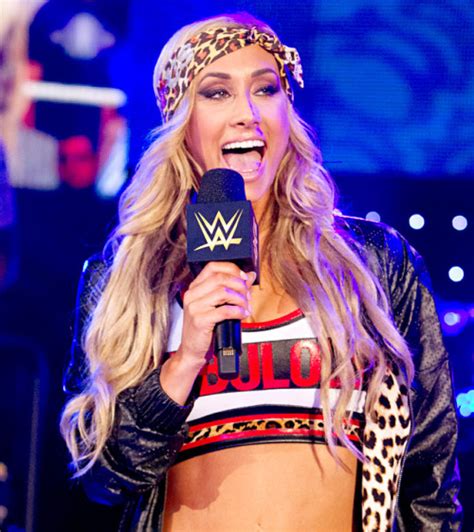 Carmella turns 31 today. I could write her up here like I do my other birthday posts, but instead I’ll just direct you to my Gorilla Fighters feature on her. Happy birthday Carmella.

Ron and Don Harris turn 57 today. The identical twins teamed up as The Bruise Brothers in CWA in 1987, in Smoky Mountain Wrestling in 1993, and in ECW in 1994 and 96. Between ECW stints, they wrestled in WWF as the Blu Brothers.

When they first returned to the WWF in 1996, they were the Grimm Twins. They achieved their greatest notoriety when they were repackaged in 1997 as Skull and 8-Ball as part of the biker gang Disciples of Apocalypse. The DOA participated in the “gang wars” of 1997, feuding with the African American Nation of Domination and the Puerto Rican stable Los Boricuas. They went on to compete in the tag division throughout 1998. Ron Harris also competed in the WWE’s Brawl For All tournament on July 20, 1998, but lost to 2 Cold Scorpio in the third round. They continued wrestling in the company until they left in the summer of 1999.

In 1999, the Harris Brothers joined WCW as Gerald and Patrick The names were shots at Pat Patterson and Gerald Brisco. They were known collectively as “Creative Control”. They went on to join the nWo 2000 using their real names, acting as enforcers for Jeff Jarrett. They remained in WCW throughout 2000, feuding with Sid Vicious, Terry Funk and many of the younger tag teams. After winning the WCW World Tag Team Championship three times, the Harris Brothers began wrestling in singles matches in 2001, but WCW was purchased by the WWF in March 2001, and they were not hired. They moved on to NJPW and TNA before retiring in 2003. Happy birthday Ron & Don.

Yokozuna was born Rodney Anoa’i on October 2, 1966. His career in professional wrestling began as he grew up in a family full of wrestlers, the Anoa’i family. His uncles were The Wild Samoans, Afa and Sika, who trained him from an early age in the family business. Anoa’i took on the name of the Great Kokina while wrestling overseas in Japan. He also spent some time in Mexico, learning the craft and gaining the experience necessary to be a star in the sport. He made a one time appearance for Jim Crockett Promotions on August 12, 1987, when he faced Ron Simmons at a house show. His first major exposure in the United States came in the AWA as Kokina Maximus. In storyline, he was responsible for the breaking of Greg Gagne’s leg and ending his career. He was billed as the biggest Samoan wrestler ever.

He came to the WWF in 1992 as Kokina. He made his debut in an untelevised match at a WWF Superstars taping against Ron Neal. This would be the only time that Anoa’i wrestled under his former gimmick. Shortly after he was offered a new gimmick: Yokozuna. Managed by Mr. Fuji, Yokozuna debuted on the October 31, 1992 edition of Superstars and portrayed a sumo wrestler competing under the Japanese flag. He made his pay-per-view debut at Survivor Series, easily defeating the much smaller Virgil with his huge weight advantage. Yokozuna’s career soon took off, and he headed into 1993’s Royal Rumble, where he was billed as a potential favorite. He eliminated Randy Savage to win the Royal Rumble match.

Yokozuna was a competitor in the first ever match in Monday Night Raw history, defeating Koko B. Ware with the Banzai Drop. Soon after, Yokozuna was challenged by “Hacksaw” Jim Duggan, who aimed to be the first man who could knock Yokozuna off his feet (this was taped before Randy Savage knocked down Yokozuna at the Royal Rumble). On the February 6, 1993 airing of Superstars, Duggan succeeded in knocking Yokozuna down, only for Yokozuna to then sneak attack Duggan with a bucket of salt Mr. Fuji had brought to the ring, and crush him with four Banzai Drops, the fourth being with the American flag draped over Duggan.

At WrestleMania IX, Yokozuna wrestled against Bret Hart for the WWF World Heavyweight Championship. Hart had the match won with Yokozuna about to submit to the Sharpshooter, when Mr. Fuji threw salt into the champion’s face. Blinded, Hart was then pinned by Yokozuna, who won the WWF World Heavyweight Championship. As he and Mr. Fuji celebrated, Hulk Hogan came to the ring to help Hart and was challenged by Mr Fuji to take on the champion for his newly won crown. After Fuji accidentally threw salt in Yokozuna’s eyes, Hogan came through with the win and captured his fifth WWF title.

At King of the Ring 1993, Yokozuna challenged Hogan for the title. Hogan seemed to have the match won, but a photographer, planted at ringside among a legitimate Japanese wrestling press group, shot a blast of fire into Hogan’s face. This allowed Yokozuna to take Hogan out with a leg drop and regain the WWF World Heavyweight Championship, after which Yokozuna proceeded to hit Hogan with the Banzai Drop in the corner. Soon after, Hogan left the WWF to pursue other interests, which left Yokozuna and Fuji to claim that they had ended Hulkamania. To celebrate, he held a “Bodyslam Competition” aboard the USS Intrepid, a decommissioned aircraft carrier, on Independence Day. Many wrestlers and athletes alike tried to slam Yokozuna, with no success. As Yokozuna thought that there would be no one left to challenge him, Lex Luger flew in by helicopter, stepped forward, and slammed him on the deck.

Yokozuna successfully defended his title against Luger at WrestleMania X, becoming the first heel to successfully defend the championship at WrestleMania. Later in the night, Yokozuna defended the championship again, this time against the former champion Bret “Hitman” Hart, who had lost earlier in the night to his brother Owen Hart. For this match, Roddy Piper was the special referee. When Cornette tried to interfere to break a pinfall, Piper decked him. At the end of the match, Yokozuna seemed ready to hit his finishing maneuver, the Banzai Drop, when he lost his balance and took a fall from the ropes. Hart got the pinfall victory, finally taking the title away from the long-running champion who reigned for 280 days.

After dropping the belt, Yokozuna’s main event status began to fade away. He did win the WWF Tag Team Championship twice with Owen Hart, but that was the last championship he was win before being released in 1996. He had gained too much weight and was not medically cleared to wrestle in some states because of his physical condition. He did appear for various indie promotions, and had purposely gained weight to become the heaviest professional wrestler ever. He reached 760 pounds.

On October 23, 2000, Anoaʻi died from pulmonary edema in his room at the Moat House Hotel in Liverpool, England while on an independent wrestling tour in Europe. He was 34 years old. His cousins The Usos and Rikishi inducted him into the WWE Hall of Fame in 2012.