The greatest manager and heel commentator of all time was born on this date. 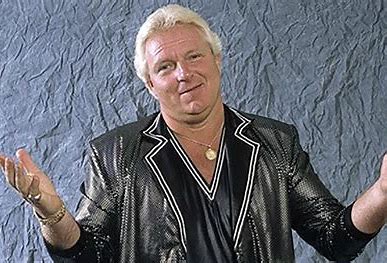 Bobby “The Brain” Heenan would have turned 74 today. Many people don’t know that Heenan was a wrestler himself. He started as “Pretty Boy” Bobby Heenan in the Indianapolis-based World Wrestling Association in 1965. Heenan said that he was never trained as a wrestler and that it came naturally to him. He was booked as both a manager and a wrestler after the promoters saw how well he handled the physical aspects of his managerial duties. During his time in WWA, he managed Angelo Poffo and Chris Markoff, the Assassins, The Valiant Brothers and The Blackjacks. In particular, Heenan was credited with making Blackjack Lanza one of the top wrestling villains in the country.

He worked in the AWA from 1974-84 before coming to the WWF. It was in the AWA where he created the infamous Heenan Family, which consisted of Nick Bockwinkel, Ray “The Crippler” Stevens, Bobby Duncum sr., and Blackjack Lanza. It was also where he was first given the moniker “Weasel” by Dick the Bruiser during a feud. On January 25, 1975, an angry fan fired a gun at Heenan in Chicago’s International Amphitheatre after Heenan interfered in one of Bockwinkel’s matches. Heenan was unharmed, but five people sitting ringside were injured, one of them critically. You don’t see heat like that anymore.

The list of members of the Heenan Family during his WWF run is long and distinguished (I’ve already used the Johnson joke):

In his late WWF run he spent more time commentating than managing. Still suffering from the broken neck he received 10 years earlier and unable to cope with the long working hours, decided to leave the WWF at the end of 1993. He was given an on-air farewell by Gorilla Monsoon on the edition of December 6, 1993 of Monday Night Raw, broadcast from the Westchester County Center in White Plains, New York. Fed up by Heenan’s constant insults, Monsoon threw him and his belongings out of the arena and onto the street. After the show, Heenan stated that he and Monsoon embraced each other and wept for over an hour in the hotel where they both were staying.

Heenan’s original plan was to retire, spend time with his family, and relax, but he was contacted by WCW soon after he left the WWF. He was unsure at first, but accepted their offer once he found out that WCW provided lighter work schedules and health insurance. Heenan also cited the short driving distance between WCW’s home base of Atlanta and his daughter’s school in Alabama. He stayed with WCW from 1994 until his release in 2000.

On April 1, 2001, Heenan returned to the WWF and provided commentary to the Gimmick Battle Royal match at WrestleMania X-Seven alongside “Mean” Gene Okerlund. Heenan was inducted into the WWE Hall of Fame class of 2004 by Blackjack Lanza. The following night, he appeared at WrestleMania XX in a skit with Gene Okerlund, Mae Young and The Fabulous Moolah. He inducted his protégés Paul Orndorff, The Blackjacks and Nick Bockwinkel into the WWE Hall of Fame class of 2005, class of 2006 and class of 2007 respectively. In his last WWE appearance, he was one of the speakers for “Mr McMahon appreciation night” on the June 11, 2007 episode of Raw. On September 17, 2017, Heenan died at the age of 72. Happy birthday Bobby. 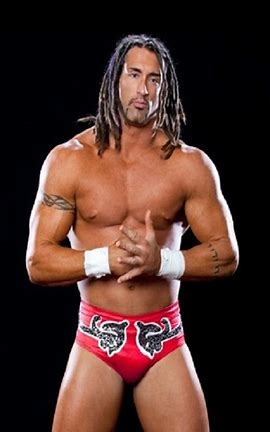 Tyler Reks is 40 today. Trained by Mike Bell, he made his professional debut in February 2007 for Ultimate Pro Wrestling. He signed a developmental deal with WWE in January 2008 and went to FCW. He was an FCW Florida Heavyweight Champion and a 2x Florida Tag Team Champion, once with Johnny Curtis (Fandango) and once with Joe Hennig (Curtis Axel). He also won the WWE Slammy for “Most Menacing Haircut” in 2010. He never did much after coming to the main roster in 2009, and left WWE in 2012. Happy birthday Tyler. 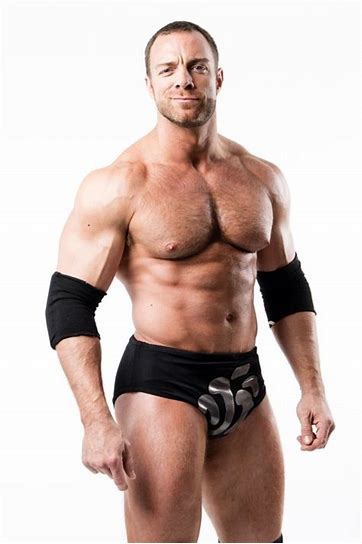 Eli Drake is 36 today. After starting on the indie circuit in 2003, the man born Shaun Ricker made his first WWE appearance in 2006,  teaming up with Jon Moxley to take on Big Show. His second appearance was in 2008 in a dark match on the ECW program, teaming with Gene Snitsky in a losing effort against Cryme Tyme. In May 2013, Wrestling Observer Newsletter reported that Ricker, along with several other independent wrestlers, was undergoing the necessary medical testing required to be signed to WWE. He reported to the WWE Performance Center. Ricker using the new ring name Slate Randall, defeated Yoshi Tatsu in a dark match at the NXT’s October television tapings. On August 1, 2014, he was released from his WWE contract. Ricker would later explain that his release was due to not getting along with then-head coach Bill Demott. Sound familiar? Since then he has gone on to tremendous success as Eli Drake in Impact Wrestling, and is a former Impact World Champion. Happy birthday Eli.

On September 12, 2006, Armstrong signed a contract with World Wrestling Entertainment and began wrestling at ECW brand house shows and acting as a trainer to the younger members of the roster. In December, around the time rumors of ECW color commentator Tazz leaving the company began to circulate, Armstrong began to make sporadic appearances as a “guest commentator” on the brand. The three-man booth, originally for a single match on the December 19 episode before expanding to a full show on January 9, did not last and Armstrong resumed his role as a producer. While working as a producer for WWE, Armstrong continued to wrestle for various independent promotions in the Southeast.

On November 1, 2012, Armstrong was found dead in his Kennesaw, Georgia home, after seeing his physician the previous week for an undisclosed medical issue. He was 50 years old. Eulogizing Armstrong, Jim Ross described him as “one of the more talented in ring performers I’ve ever worked with…one of the most underrated all-time greats ever in the business.”

“Quickdraw” Rick McGraw was  best known for his appearances with the WWF in the late 70s and early 80s. McGraw defeated enhancement talent, but mostly put over heels that were ready to challenge WWF champion Bob Backlund. Quickdraw had notable matches with numerous top heels during his time in the WWF, including Adrian Adonis, Randy Savage, Bret Hart, Mad Dog Vachon, Ken Patera, Bob Orton Jr., Bobby Duncum, and Rick Martel. He wrestled and lost to both Hulk Hogan and Dusty Rhodes in 1981.

On the October 26, 1985 episode of WWF Championship Wrestling, McGraw was a guest on Piper’s Pit and got on the host’s case about always shooting his mouth off and not wrestling on television, prompting Piper to accept a challenge to wrestle him on the show the next week. During his entrance, Piper repeated “I’m going to show you why they don’t let me wrestle on TV.” McGraw wore Piper’s signature “Hot Rod” T-shirt to the ring before blowing his nose on it and throwing it at Piper to start the match. Piper quickly took control, throwing McGraw out of the ring and twice into the guardrail. After no-selling several punches and kicks in McGraw’s comeback, Piper hit him with a swinging neckbreaker and two DDTs, the second prompting the referee to stop the match, declaring McGraw unable to continue. Piper stomped him a few times then yelled into a camera, “That’s why they don’t let me wrestle on TV!” Coincidentally, the unusually violent match (taped October 22) aired the morning after McGraw died, leading some viewers to assume Piper killed him. Off TV, McGraw had at least three matches in the interim, with The Spoiler, Randy Savage and Mike Sharpe.

McGraw died of a heart attack on November 1, 1985. Shortly after, Roddy Piper headlined a show held to benefit McGraw’s family. He was just 30 years old.

Scott Bazo was a jobber who never won a single match in WWE in 1991 and 1993. Wrestling in both singles and tag action, he faced the likes of The Undertaker (twice), The Nasty Boys, Power and Glory, I.R.S., The Berzerker, The Beverly Brothers, Giant Gonzalez, and The Headshrinkers (twice).